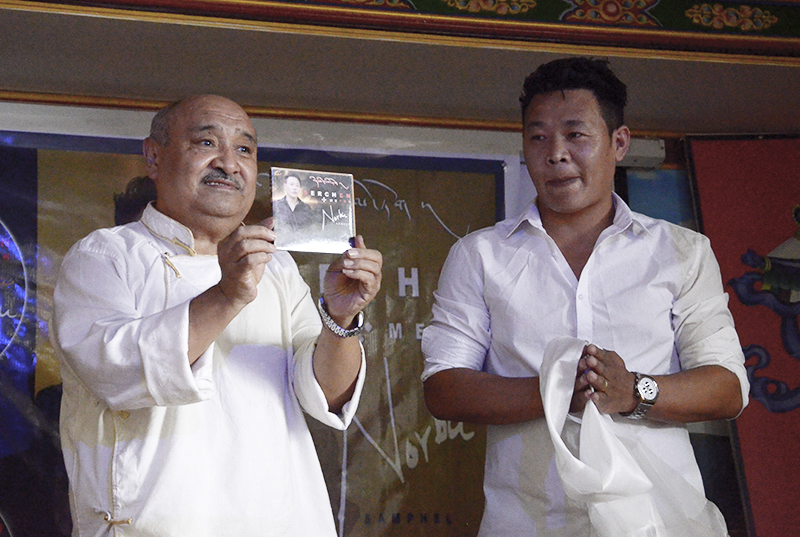 The ceremony started with a brief introduction about the singer’s life history, before Norbu Samphel then said a few words about his new music album. He began, “I have two soul purpose of making this album. The first one is that, until today, I could not do anything satisfying for my parents. I could neither help them much financially nor be there for them all the time. So this album is a tribute to them.
The second reason is that although I sing in Yarkyi released by TIPA annually, I am still not totally named a singer in our community. So I am hoping to be called a singer through this album.”

The singer added “ I would like to thank Ngawang Samdup currently resided in the US for helping me financially. It costs me around 3.5 lakh rupees to bring out this album. We were in same school but we were not really close friends. But he still helped me and I am very thankful to him for this. Helping each other as Bhoerig Punda is something I highly admire in our community and this act of kindness really inspired me to help my fellow juniors joining into the line of singing and music”.

The chief guest of the event Mr. Sonam Choephel when asked to say a few words, said, “The change towards modernization in traditional songs is very visible nowadays and I don’t think its bad at all. I don’t think it’s a threat to our traditional songs in anyway. Its important and needed in order to walk together with the rest of the world." He further said that he highly appreciates the singers work and effort put into bringing out this album.